In 2015, the construction industry saw the establishment of a new standard to cover confined spaces. The Confined Space Standard, similar to other construction industry standards, covers employers whose employees are subject to confided space hazards. This new standard emphasizes training, monitoring and evaluation, and communication requirements.

According to the Occupational Safety and Health Administration (OSHA), a confined space has the following three characteristics:

To better understand the new Confined Space Standard, OSHA has laid out the differences between the construction confined space standard and general industry safety rules. These differences are:

It is also the responsibility of employers to make sure that only authorized employees enter a permit space and take effective steps to make sure non-authorized personnel do not enter. When there is a permit space at a worksite, an employer must make a decision as to whether employees can enter the space. OSHA states that not making a decision about who can enter the space will be construed as approving that individual for entrance. Finally, OSHA defines entering the permit space as any part of a person’s body breaking the plane of an opening into the space.

OSHA notes that the new Confined Space Standard covers all construction employers whose employees may be subject to confined space hazards, with the exception of specialized construction activities such as excavations, underground construction, caissons, cofferdams, compressed air and diving since these activities are separately regulated. 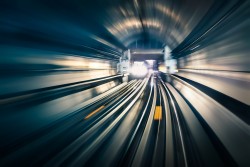